Our goal is to help our student athletes develop teamwork, good sportsmanship, perseverance, and self-esteem 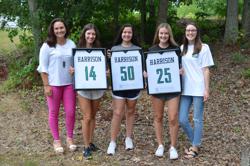 Established in 2001, which now boast more than 160 young men and women players from Middle School Select programs through High School JV and Varsity teams. Additionally, more than 100 younger players are competing in various “feeder” programs in and around the Harrison High School District, thus laying the foundation for a continued strong and growing program.

• A winning history: The 2015 Varsity Men’s and Women’s teams were area champions. In fact, they have qualified every year since 2005 for the State Lacrosse Championship. The Varsity Men’s team has competed at the State Finals on three different occasions since 2001 including a run in 2015 to the semi-finals.

• Since the program began, over 40 women and men Hoya LAX players have been named High School Lacrosse All- Americans, considered among the best in the United States, and US Lacrosse Academic All-Americans, exhibiting excellence in skill and academic achievement, helping Harrison Hoya Lacrosse to be ranked as one of the leading programs in the region.

• Harrison Hoyas boasts a long list of players who continue to play at a collegiate level.

• Lacrosse is a year-long sport. Spring and fall programming, along with summer clinics and camps, provides men and women players multiple opportunities to grow in their LAX IQ and game skills. 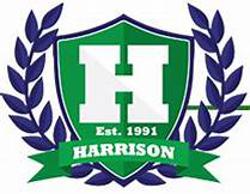 The Hoyas have a long history of excellence in athletics as one of the most successful and recognized athletics programs in the state of Georgia. Our teams have  accumulated 210 region championships and 19 state championships, have been state runners-up 31 times, and 92 of our athletes have won individual state titles or been selected as first-team all-state in their sport. We are proud of our Hoya athletes!